Posted by Luis Cartaya
in News

By now you should be aware of the increased scrutiny revolving around head injuries in professional sports. Injuries are a part of just about every sport imaginable. Although athletes may be aware of the injury risks before participating, there are a lot of things that go on behind the scenes that may make a player’s decision to continue playing a lot easier. With increased medical research long term health factors are being giving more weight when an athlete is deciding whether or not to end their career. Traumatic brain injuries are a main reason why some of the top NHL and NFL players have needed their careers early.

Some of the common side effects of brain injuries are amnesia, dizziness, and sudden mood changes. These effects can cause many issues for the athletes, their families, and their friends as well. NFL players have openly expressed betrayal on part of the NFL for not raising awareness about the impact of repeated head trauma on the brain, pointing out that the NFL believes that one-third of its players will be affected by some degree of brain injury by retirement. Research has shown that it’s not just concussions that can cause CTE — researchers are more worried about repeated, sub-concussive hits to the head — the exact hits that linemen suffer on nearly every snap, violently banging helmets together to gain position.

Most casual fans have heard of CTE but many don’t know what it actually is besides that it affects the head. Chronic Traumatic Encephalopathy (CTE) is a degenerative brain disease found in athletes, military veterans, and others with a history of repetitive brain trauma. In CTE, a protein called Tau forms clumps that slowly spread throughout the brain, killing brain cells. CTE has been seen in people as young as 17, but symptoms do not generally begin appearing until years after the onset of head impacts. Early symptoms of CTE usually appear in a patient’s late 20s or 30s, and affect a patient’s mood and behavior. Some common changes seen include impulse control problems, aggression, depression, and paranoia.

The best available evidence tells us that CTE is caused by repetitive hits to the head sustained over a period of years. This doesn’t mean a handful of concussions: most people diagnosed with CTE suffered hundreds or thousands of head impacts over the course of many years playing contact sports or serving in the military. And it’s not just concussions: the best available evidence points towards sub-concussive impacts, or hits to the head that don’t cause full-blown concussions, as the biggest factor.

Today, concussion-addled NFL and NHL players, who traditionally would determine retirement based on whether the market would still want them or not, are taking back control, and hopefully for them, peace of mind in a life beyond football or hockey. As additional information continues to come out about the relationship between Sports and brain injuries, more and more players are starting to take control of their own health and retiring before they are faced with additional head trauma. In the future, it’s safe to assume that more pro athletes will cut their careers short because of the very real CTE prognosis.

If you, a family member or a friend think they may have symptoms of CTE or injuries caused by athletics an attorney at The Law Office of Luis Cartaya, PA  will help you through the process so contact us anytime to discuss your options. 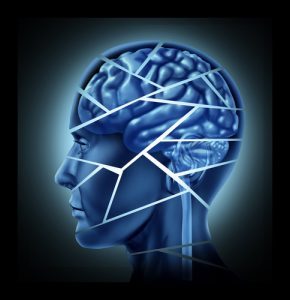